Joining the road transport industry in April 1961 so very much was different.

Joining the road transport industry in April 1961 so very much was different. The trucks themselves were different. Other than tippers,  lorries were limited, with few exceptions, to flat beds, fridges and tankers. Those few operators who had started cross channel work used Fridges and low loaders and also Tilts, known to the French as Savoyards.

Early tautliners that I recall were operated for British Sugar, probably in the 1970s. The reason was simple. The sugar company were not happy having the standard tarpualin covering and touching their food products. You did not know where it had been. The trucks I recall were rigids designed to carry pallets of sugar for shop deliveries but with some inches clear between the product and the body roof. It was sometime before the concept spread to other areas. Why? The extra cost and the extra unladen weight were not attractive because the law limited gross weight and also the Vehicle Excise duty was based on unladen weight. However there eventaully were moves. In south Yorkshire the glass bottle makers tried very high Tautliners to carry light weight bottles to the breweries at Tadcaster & Barnsley. Moving up to six loads a day on fixed routes low bridges presented no problem and the extra tax was hardly relevant.

In the 1970s Denby Transport had a few Tilts on our Anglo-French service. Yes we also used flat trailers but pursuading French dispatch managers to reload flats when south of Paris was impossible. "Monsieur, the load will fall off!" they said. We hired a couple of tautliners from John Hudson of Bawtry to do trials. Some of our palletised traffic was too wide for Tilts but in the Lyons area reloading flats was simply not on. Thus the Tautliner gave us the benefit of both worlds. It worked but the hired Tautliners were high, designed for the Yorkshire glass trade and required carefull routing in France and in choice of Ferry boat. We bought from Boalloy our first company Tautliner semi trailers limited to Tilt height. Boalloy of Congleton were in the van of this design and probably coined the name Tautliner. Their quality was good. The first ones had fixed pillars on either side but quickly we fine tuned these to avoid having pillars opposite each other thus overcoming fouling with any badly packed or oversize pallets.

Returning to 1961, I did a survey of lorries running on the A1 between Newark and London. Only 25% were articulated lorries, 25% were multi axle rigids and a whopping 50% were two axles trucks; and this was, by implication, on long haulage!

As time went by we embraced the double deck concept, first for quite heavy machine parts on a fixed international route, these were robust but operated within the 38 tonne UK limit. Later modified to take advantage of 41t and later still of 44t. These were side load only. Later designs have more flexibility. Double deckers generally cover a greater percentage of empty mileage but the extra payload more than justifies this.

Many years after we had introduced tautliner to the international trade Michelin approached us to move steel wheels from Rochdale to Poitiers. None of their many British of French carriers was equipped with the tautliner. We were sorry when that factory closed!

Evolution has not stopped not will it. Good luck to the next generation of truckers. 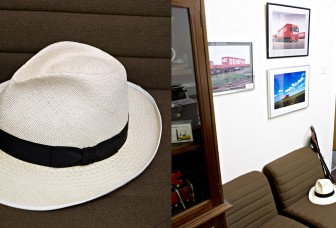 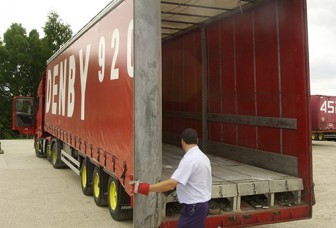